ID Card Printing Technology To Biometrics and Beyond

The last survey to assess the roll out of Smart ID cards seems to have been done in 2009. At the time, more than 2.2 Billion smart ID cards had been issued worldwide. This meant that 33% of the world’s population had an electronic ID card. It was estimated that by 2012 the figure would be closer to 85%. This would mean about 5.61 billion would have a Smart ID card. 7 years after this estimate, smart ID card printing technology continues to develop and improve.

Already in 3000 BC, the Mesopotamians were impressing images into clay tablets. They did this with round cylinder seals. Paper was invented in China in the Second Century AD.  During the T’ang Dynasty (AD 618 – 906) multiple transfers of images first began. This process used ink on wooden blocks. The Diamond Sutra was the first book ever produced using a printing process. It is an important Buddhist text and the earliest printed copy dates to AD 868. In 1241 the Koreans introduced printed type to the world. Wooden type began in China about 60 years later. The Koreans started producing bronze type in about 1392. Europe began producing paper in 1309. A paper mill first opened in France and Germany in 1338 and 1390 respectively. England’s first paper mill only opened over a century later.

Johannes Gutenberg revolutionised the printing process in 1452. He mechanised the transfer of ink to paper from movable type. This meant that for the first time, books could be mass-produced at a fraction of the cost until then. The common people could now afford the printed word. The first book printed on his press was the Bible in Latin. Colour printing was first seen in 1457. Italic type was first used in 1501. Antwerp began publishing the world’s first weekly newspaper in 1605. Germany gave the world multicolour engraving in 1702. Iron presses were developed in 1800. Rotary presses followed in 1819. The first type-composing machine was seen in 1841. Electrotyping followed 3 years later. By 1891 printing presses were able to print and fold 90 000 four-page papers an hour. It was also possible to print photographs on fabric. The first comic book was printed in 1904, thanks to offset lithography.

In 1955 teletype setting was beginning to be used for newspapers. 12 years later computers began being used for operations. Digital production processes were also introduced. Digital printing processes came to the market in the 1990s. Digital printing was a step forward.  You no longer needed to produce printing plates for each printing job. Inkjet and laser printers for home and office use continue being developed and improved.

Some of the oldest jewellery ever discovered was found in the Blombos Cave, near Stilbaai, in South Africa. Experts have dated the shell necklaces to 70 – 100 thousand years ago. Many agree that jewellery was the earliest form of “identity documentation”. It could convey much information. This would include family ties and wealth. Ancient Egypt shows records that tattoos were used in their society for identification purposes. Babylonian records show that their government was collecting personal identification details of its citizens already in 3800BC.  The development of these practices continued. The Romans introduced birth and citizenship records. Also still in use today are land title deeds. International ID practices were also emerging. There is a reference to a Persian king issuing papers which request safe passage for one of his subjects in foreign lands. This is in the Biblical book of Nehemiah. This seems to be a precursor for the modern passport. England’s King Henry V created documents for citizens needing to prove their identity in foreign countries. This was in 1414 in England.

Forerunners of the modern ID card systems were already seen under Napoleon. He introduced a system of internal Identification Documents shortly after 1800. National ID cards began to be used in the Ottoman Empire in 1839. The British Parliament moved to have printed police records of its citizens in 1829.  The documents were linked back to individuals using a unique number. The Netherlands built on this idea 20 years later with their own decentralised Personal Numbers. In 1940 they began to issue ID cards to each of their citizens. The USA had its first batch of Social Security number cards issued in 1936. The oldest surviving photograph was taken in 1826. The first time photographic identification cards were used seems to have been about 50 years later by William Notman. After World War Two photo IDs started to become widespread. Australia and Great Britain introduced requirements for photos on passports in 1915. This was after the famous Lody spy scandal.

In 1977 the USA began to computerise its paper records. It also pioneered a programme that would match information across banking and governmental bodies. This paved the way for smart ID cards in the early 1980s. They were first seen in Germany, Singapore, the Czech Republic, and Spain.

What are ID Cards Made From?

Just about all ID Cards are digitally printed on Polyvinyl Chloride. This is commonly known as PVC.  It is the second or third most produced plastic. Its durability and flexibility have given it many uses. It is ideal for ID cards since it is light enough to be carried anywhere. But it is tough enough to retain its owner’s details. Corrosion is not an issue for PVC ID cards.

Eugen Baumann first created polyvinyl chloride in 1872. Another scientist only patented it in 1913. It was still considered useless for another 13 years. In 1926 the first products made from PVC were golf balls and shoe heels. Today many products besides ID Cards are made from it. They range from raincoats to floor tiles, to piping, appliances and water bottles.

As seen, smart ID cards began being used in the early 1980s. Their sizes were internationally standardised in 1985. Smart ID cards first began being issued in South Africa in 1999. In 2004 the USA government mandated that all federal agents would be issued personal ID Cards.

Digital ID Technologies is the leading ID card printer distributor in Africa. We have all the technology to produce and print whatever your ID Card needs might be. We offer the latest biometric products. We are on the cutting edge of developments in the industry. We will ensure the best solutions for your access, prox and mifare identity card requirements. We can offer our clients eco-friendly options, composite ID cards or standard PVC cards. We can produce contactless security cards, magnetic stripe cards, and biometric smart cards. Whether membership cards for your organisation or national identity cards. Whether for government departments or organisations, we will provide the best quality cards to suit your budget. As the premiere distributor of card technology printers, we are also uniquely able to advise you on the options that would best meet your needs. Contact us today to let us know what it is that you require. We will be able to assess the best solution for you. We will ensure that your ID card needs are met on time and under budget. 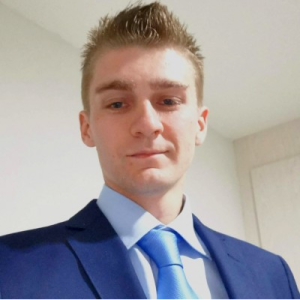 Digital ID Technologies is a platinum HID partner and an authorised service repair centre. For more information on our company feel free to visit our about us page.

We deliver in 78 hours max!

We will match any competitor

Digital ID Technologies is a platinum HID partner and an authorised service repair centre that serves the whole of  Sub-Sahara Africa. Our operation consists of two branches. Our technical centre in South Africa and our HQ in  Atlanta Georgia, USA . For more information on Digital ID Technologies feel free to visit our about us page.

We are Proudly a Level 2 B-BBEE, 125% Procurement Recognition.